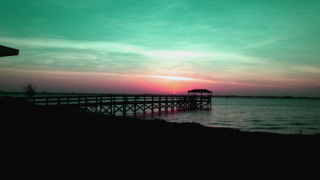 Late yesterday afternoon we arrived back from Miami……

It was surreal to be in Little Havana with the death of Castro and the upcoming president elect Trump. I mean are there similarities? My guess or my thought with Trump and his cabinet is there are similarities and we need to take a hard look at. One of Trump’s cabinet members the general I believe Flynn who stated that there are all kinds of “isms” and that Muslimism is real and needs to be dealt with and what he essentially was saying is that all Muslims will be pooled together under an umbrella and treated a certain way that Trump and his cabinet will determine how exactly these Muslims should and how they will be treated.

As I write this I am arguing with my father about Trump, the popular vote that is now skewed by over two million votes, and we have no idea if Russia was involved with any sort of hacking of our American right to cast a vote for our favored presidential candidate. My father is obviously a generation and a half older and I am now sure he voted for Trump. I mentioned Trump’s draining the swamp right into the White House and my father got all blusterly and said show him a document that his rationale was that Trump wasn’t even president yet.

As harsh as it is, I made a decision that if my parents voted for Trump, I would morally have to withdrawn myself and my daughter from my parent’s surroundings. Putting Rebublican and Democrat aside, Trump has said negative things and promised negative implications for almost all minorities and his worst act was his making fun of a disabled reporter.

I wonder to myself and to all of you why Trump is so upset about the recount being conducted by Jill Stein and supported by Hilllary Clinton. Clinton is supporting it as it is due protocol for other candidates to watch the recount process and make sure that in effect the process is conducted with due process and has sent a representative lawyer to oversee the recount.

Moving on, today I am reminded how different constitutionally I am from my parents and I am grateful our visit is coming to a close tomorrow as we make our way to Orlando for a night in a suite before we leave early Wednesday morning.

I love my parents and it probably isn’t too different from others and their relationship with their parents, but as I tend to push the limits and boundaries on most things I think my parents and I are probably a little more estranged than most people.

Over a week together and we are ready to get the hell out of here as once you speak out of turn to my father it is all over. He will now go silent and be moody as a typical old man would do when someone rebuffs his claims without warrants.

Today Stephanie and I went to the beach where it is like 80 degrees and went sea beaning without any luck. We are on our way out for awhile with my mom who is going to help us find a canister for the print we bought in Miami yesterday.

I am dealing with Mania Madness and don’t have the Adderall I need as my prescription runs out early before I get home and Adderall can’t be transferred out of state. So I am short and that doesn’t help anything with the fire in my head and flowing through my body.

We have had a great vacation and we are excited to get home and pick up Julia Bleu on Wednesday morning. I so miss my pug, and I know she is going to be over the moon happy to see me, and Stephanie too.

Stephanie is off the rest of the week and then doesn’t have a day off until Christmas Eve and of course the weekends. She will be very busy and we will be getting engaged and planning to move in together at some point in the near future.

I don’t think it is sore loser syndrome for HRC to follow Stein’s inquiry of the recount and coupled with Trump’s reaction this weekend on Twitter with his crazy tweets I wonder what he is upset about. In his defense, since the recount came a couple weeks after the election and he probably didn’t expect this recount from Stein-think it caught him off guard. I hope for the country’s security sake there is no funny business realized with the American voting process.

This afternoon we are heading out with my mom to go shopping and as I mentioned earlier get a canister for the print we bought in Miami. Hopefully we will go to this place Della’s that is an ice cream store that makes these strawberry and cream floats that are out of this world. It is must have today before we get to Orlando tomorrow.

I am going to blog about my conversation on Catholicism with my parents and how they see it as the superior religion. Didn’t need to have read the Bible for that inane conversation.

I should write the top 20 inane conversations that took place with my parents this vacation concerning politics and me protesting at the Inauguration and participating inn the million women march the next day.

Lots to write about and need to get down to the water for sunset on the river.